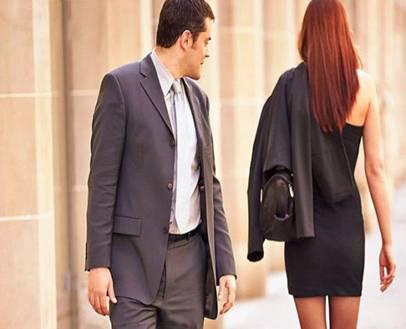 Men cheat for lots of reasons but they usually all boil down to him feeling dissatisfied in his relationship in one way or another. If a woman has been cheated on it can be a major blow to the ego and leave her wondering if she can ever trust another man again. These are some of the reasons why men cheat and what a woman can do to keep a man from straying into the arms of another woman:

When men aren’t having their sexual urges fulfilled in their relationship, it’s natural for them to become frustrated. In many men, a sexual dry spell in their relationship can be enough to push him to find sex elsewhere. If he’s not getting it in his relationship, he could be looking to get it from someone else. It could be someone he knows like a female friend or coworker, or could be someone he met at a local bar or online. His cheating could be an ongoing affair or be just a one-night stand. Some men are encouraged by watching or looking at porn or using live cam websites to flirt with other women online. Sexual images of other women are a huge turn on for men, especially when they aren’t having enough sex in their current relationship, or his sexual fantasies aren’t being met. This is often enough to motivate him to find sex with another woman who will give him the satisfaction he wants.

Men want to feel validated and respected in their relationships in the same way that women do. If his partner takes him for granted, is unsupportive, or treats him like a child it’s easy to see why he would want to find respect from someone else. Another woman is a new and exciting partner and two people are usually really into each other at the start of an affair. If he’s cheating with another woman who makes him feel like a real man, he’s likely happy to finally be treated the way he wants to be. No matter how much he loves his partner, or how guilty he is, he can’t deny that being made to feel like a real man feels incredible, especially after feeling the opposite way in his current relationship. Another woman who makes him feel sexy and lets him know how much she’s attracted to his manhood will be much more appealing than a partner who treats him with disrespect.

Whether he wants to vent about work or family life, or just wants to talk about his day, men need to be heard by their partner. If a man’s wife or girlfriend is too busy to talk to him or doesn’t really listen when he’s talking, it can be incredibly frustrating for him. Men aren’t known for wanting to talk at length about their feelings but this doesn’t mean they want to be in a relationship with zero communication. If his wife or girlfriend won’t listen to him or communicate with him he’s apt to look for the company of a woman who will. Sometimes this starts off as a friendship with a woman he can talk to, but often will escalate into a sexual relationship where he can find the intimacy and communication that he craves.

Long-term relationships naturally fall into routines and habits as both people relax and become comfortable with one another. There’s nothing wrong with being yourself in a relationship, but it’s easy to get a little too comfortable and forget to keep things exciting. Men often turn to porn sites to stir up their sexual excitement and the fulfill change they want in a monotonous routine in a relationship. Live cam websites give him the chance to experiment with other women online, giving him a thrill that he’s missing in his current relationship, which then might encourage him to take it a step further by having sex with another woman.

What A Woman Can Do

While a woman certainly isn’t fully to blame for a couple’s problems there are still several things she can do to reduce the chances of her man cheating by making sure he’s happy in their relationship.

A woman can stroke a man’s ego and let him know how much she appreciates everything he does. Feeling respected and knowing that his partner sees him as strong and manly can give him the boost in self-esteem he needs to feel great in the relationship.

Sometimes all a man needs is a little attention. If a woman listens to him when he talks, asks him about his day, and shows him that she’s interested in his opinions it can be all he needs to feel important and satisfied in the relationship.